Guests snapped photos and GIFs using a photo kiosk.  The photos and GIFs were braneded with the Finn Hall logo and guests shared their photos to social media using the hashtag #finnhallhtx.

Guests placed sticker tiles on the large mosaic board and watched as their images were used to create the final mosaic mural to be displayed in Finn Hall.

In an effort to increase social awareness a hashtag station was also utilized to gather additional images for the mosaic wall.  Grand opening attendees were encouraged to take photos as they toured Finn Hall and while they dined in the new food hall. 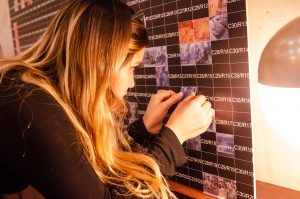 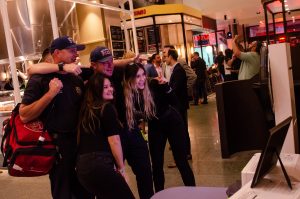 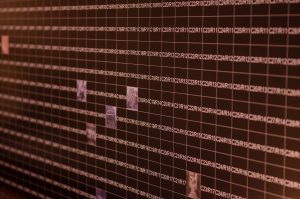 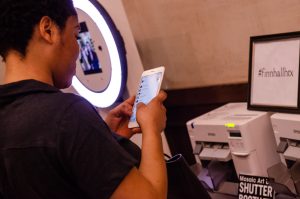 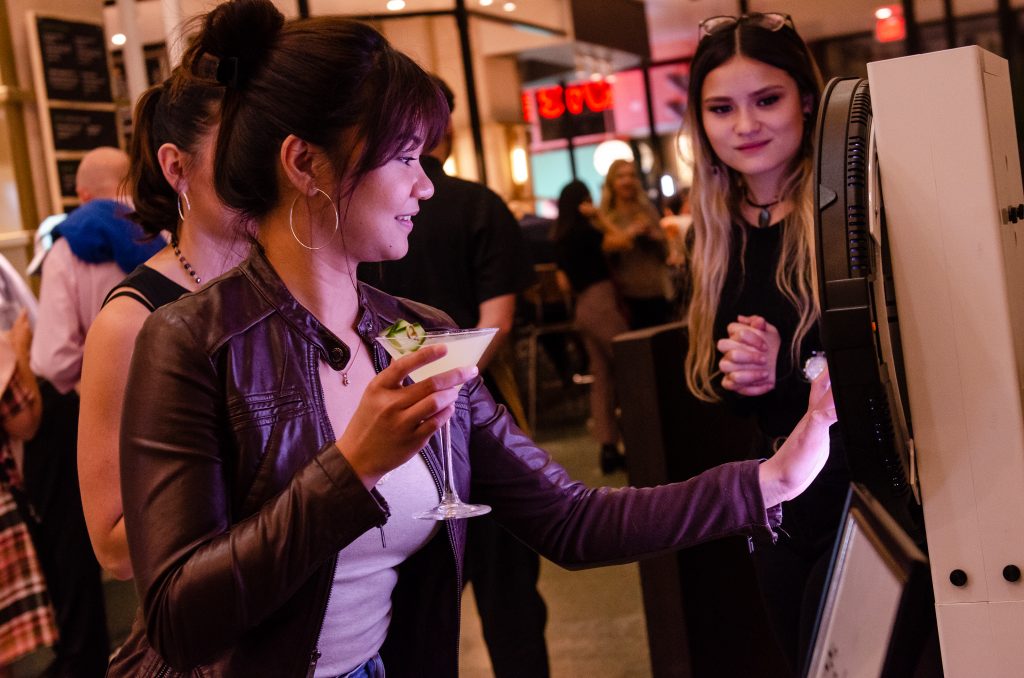 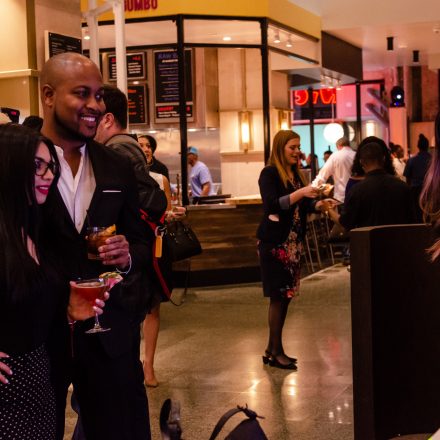 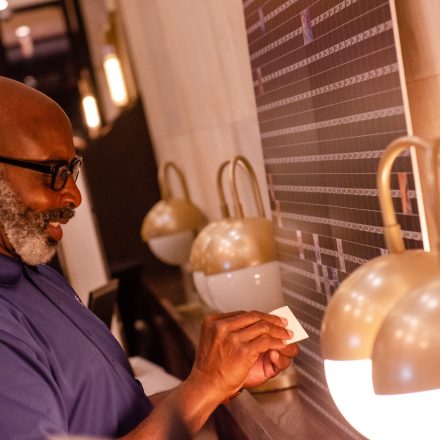 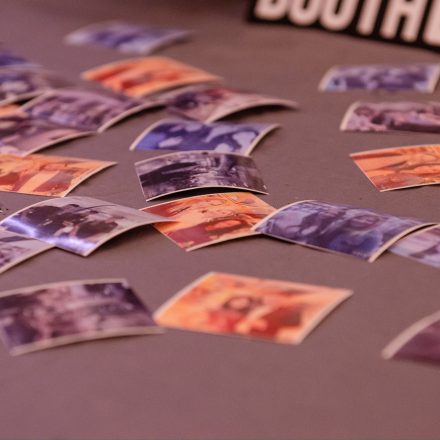